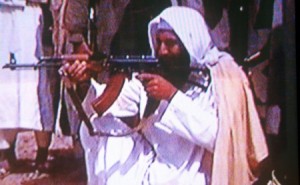 Dr. Steve R. Pieczenik of the US Defense Dept., where he still works  is willing to testify in court that Bin Laden was dead and that the attack on Iraq etc was a false flag.

“He died of marfan syndrome, Bush junior knew about it, the intelligence community knew about it,” said Pieczenik, noting how CIA physicians had visited Bin Laden in July 2001 at the American Hospital in Dubai.